as i’m sure you remember, because clearly everything i write on here is a lifechanging event for you, my faithful readers, my little cat was killed not very long ago.

when i got mao, i got a brown tabby, because what i REALLY wanted was a bengal.  bengals are awesome, but i wasn’t in a position financially to invest in a pet like that.  fast forward two years, and i’m no longer subsisting on ramen, and a bengal is not out of reach.

enter stacey of niema bengals in chicopee, mass…i visited today, and picked out the little man who will come warm my heart when i return from new zealand. 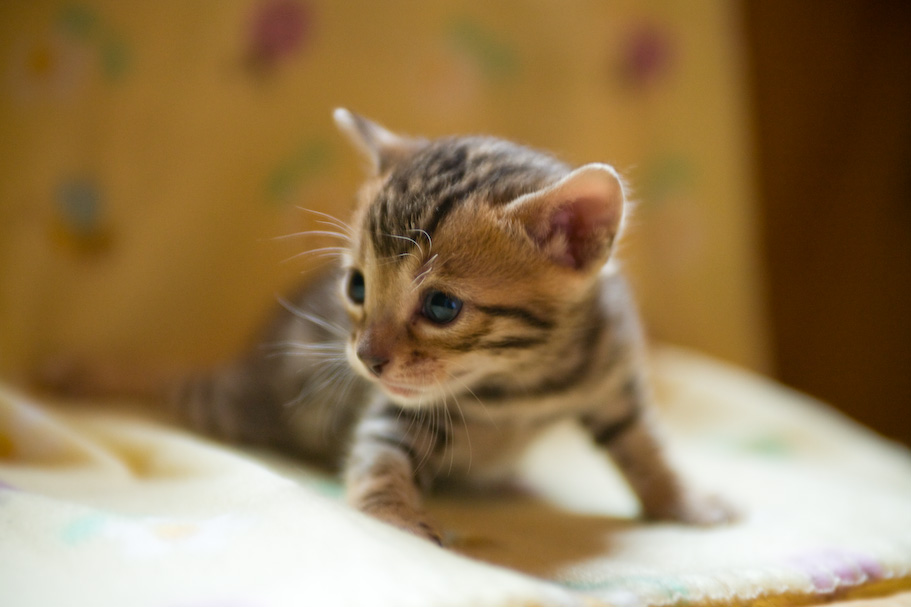 i am weird about pet names; i want it to be culturally relevant and also funny.  (the same sort of applies to car names, but you can ask me about that later.)  mao was named mao zedong, which was sort of funny and shocking because he was horrible and killed lots of people, but also, mao in a different tone means ‘cat’ in chinese.  so…bengals are bred from domestic tabbies and wild asian leopard cats–indigenous to china and malaysia.  and zoolander was supposed to kill the malaysian prime minister.  culturally/geographically relevant?  check.  funny?  check. 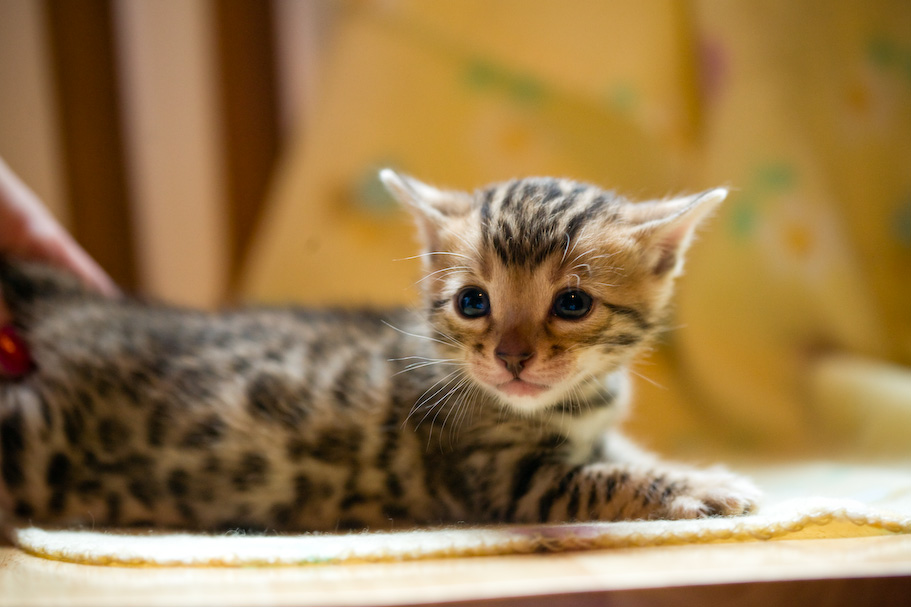 i got home from meeting this lil fella, and i googled “malaysian prime minister” (incidentally, the one in zoolander was mpm hassan.  hassan just doesn’t roll off the tongue like i’d like.  “here hassan!  c’mere hassancat!”  it’s not TERRIBLE, but it wasn’t perfect.  i had to find a different mpm name.)  wikipedia told me that the incoming mpm in 2009 is named najib tun razak.  najib.  i like it.  it’s also similar to ‘habeeb’, which was my cat in high school. 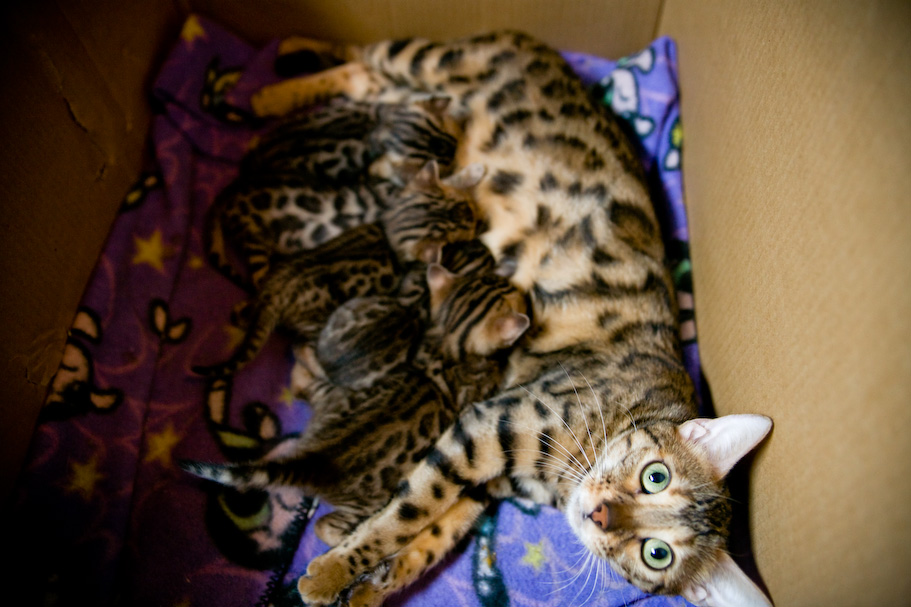 see that round belly?  najib’s a good eater just like his future mommy…i just hope *i* don’t get so fat and round i can’t walk.  it’s cute on him, i don’t think it would work for me.

yes, i do feel a bit funny arranging to adopt another cat so soon after mao died, but with bengals you have to plan ahead 2-3 mos as they are in such high demand. najib is only 3 weeks old right now, and he won’t leave until he’s at least 12 weeks old.

I want to smunch his little face.

He is adorable!!!! I can’t wait to see more pictures of him as he grows!

I think it’s funny that instead of telling me, you told me to read your blog. Yes, this cat looks… agh… CUTE… but am I totally incorrect to say it looks a little ferret-like in that last photo? Or maybe like a furry leviathan? Hehehe. Just kidding. I support this!

Dude. That is frickin’ HILARIOUS!! How is it possible that we both HAD to use Zoolander as reference for our pet names? That is one cool lookin’ itteh bitteh kitteh. I hope to read all about the life and times of Najib, the Malaysan Prime Minister.

What an adorable kitten. I’ve actually always wanted to be owned by a bengal. Sadly, that dream’ll never reach fruition as I have two cats already and I’ve managed to develop allergies to them. They’re getting on in age and will be my last, then I shall adopt the label of dog person and wear it with pride. By the way, love the site and the pictures within. (Sarah from scs days)

Oh, his mommy looks just like my cat, Ozzy! So cute! 🙂