so, it’s been a while since i posted the first half of nicki & shane’s gorgeous, fall military wedding.  there was too much awesomeness to contain in one post, so here’s the rest of aforementioned awesomeness.  (speaking of awesome…shane’s been at training in tx…he just completed a cycle and told nicki, “yeah, i did ok.”  turns out, he more than did ok…he maxed out the possible score for graduation on that particular course.  humble AND he’s got a sword.  lucky lady, nic!  and great job, shane!)

we left off at the end of the ceremony.  right after the ceremony is usually when family members assemble, line up, and smile.  as you’ll see…when i’ve got the time and willing participants…i like to have a little fun with the most traditional type of photos i normally take on a wedding day. 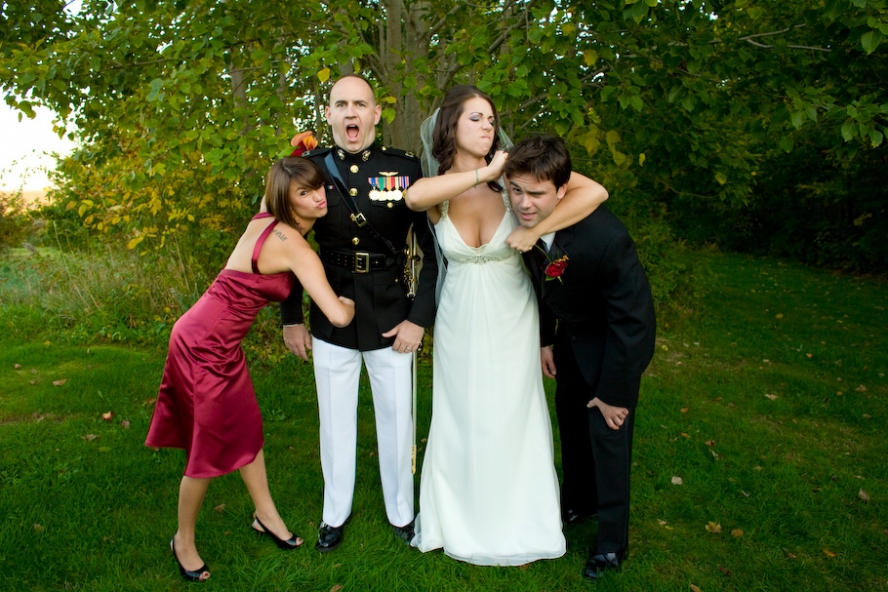 nicki’s sister made sure shane knew no one was going to tolerate any sort of shenanigans from him…and nicki was just a sweet older sister.

so, i think i’ve mentioned before that i love to shoot the groomsmen…something about the suits/tuxes/UNIFORMS! sparks my creativity…and i have lots of fun with it.  also…i should probably see someone about this, but i derive a strange sense of enjoyment from making them do ridiculous/silly/awesome things.  like pretend they’re cracking each other up in a random field.  you know…as you do. 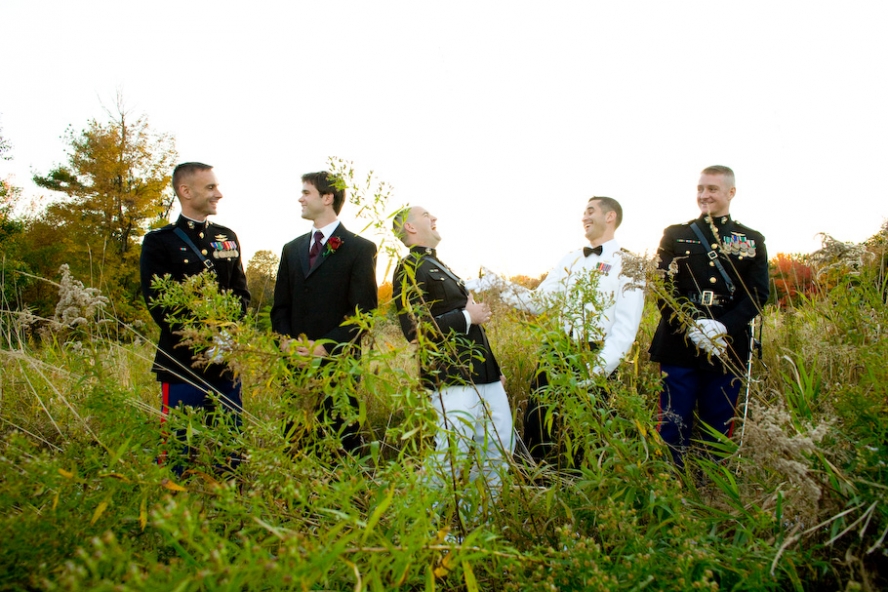 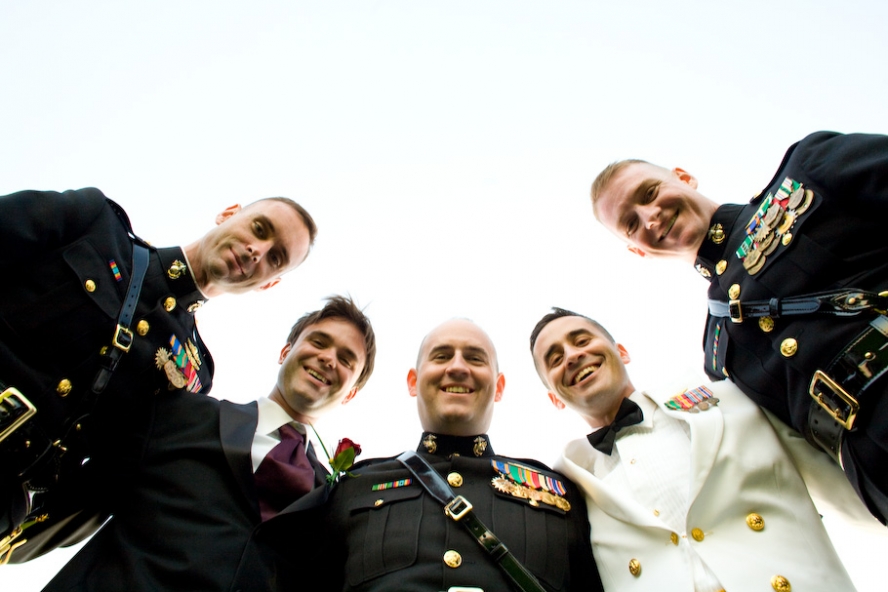 so…see that guy on the left on the end? i don’t know what his real name is. know why? well, let me back up. as a wedding photographer, i spend about 6 days a week by myself–which suits little introvert me–and on the 7th day, i have to be the person at the party who remembers everyone’s name…whose jokes are snappy and lively…who gets things done and makes you smile while doing it. so, i work really hard to remember key peoples’ names…key people like…groomsmen. so, the guy on the end told me his name was ernie. so i called him ernie. repeatedly. “ok, ernie, please turn to face me a little bit more. ok…square your shoulders. right. perfect…and…smile everyone!”

then we were doing shots of the entire group…i called him ernie again, and the ladies looked at me blankly. “who’s ernie?” the rest of the guys laughed, and he sheepishly admitted that ernie was not, in fact, his name. it’s a squadron joke the guys have…whenever they go somewhere, one of them is always ernie. which…i have to admit…is kind of funny, even if it DID make me feel pretty stupid at the time!

this is probably my FAVOURITE bridal party shot of all time. i told them, “ok, now the inspiration for this is…’TAKE THE HILL!’ guys…i want you all running at me, sabres drawn and held high…go!” it was lots of fun. and hey! no one lost an eye! bonus! (they weren’t running very fast…out of concern for aforementioned eyes.)

after that it was time for portraits with the bride & groom…one of the best times of the day!

i slowed my shutter speed way down so that when shane spun her, the motion of her dress would be captured in the images.

(image on right by shyla)

see this? THIS is why i need to have me a military wedding…how badass is that? oh, let me just lick the frosting from my FRICKIN’ SWORD.

nicki & shane…sorry i took so long to finish this up! you’re both awesome, and i’m so glad to know you!

back to Top•get in touch•share on facebook•email to friend
Show Hide 2 comments
perfect bound21 March 2009 - 06:42

Hi! Just arriving at your blog for the first time and wanted to say, WOW, Hello and WOW! I am captivated by all the color. What beautiful work you do. Right now I am dying over these red and purple bridesmaids dresses. I’m so glad the bride mixed it up. I love the duling color palette.