jess & matt are getting married in maryland this june…but they live in NYC.  i was already going to be in town for alex & jen’s wedding, so we decided to make my trip count!

they were very patient with me as i was totally late.  most new yorkers know and love (and rely on) hopstop.com…which totally and completely let me down.  to the tune of walking 10+ minutes in the wrong direction to the WEST version of the street they live on…not EAST.  (which, incidentally, was a not-even-two minute walk from the subway.)  hop stop fail.  but, after crossing over all those famous streets…park avenue, madison avenue, the streets that seem like they don’t REALLY exist…they’re just for movies and books…yeah, i crossed over them TWICE…and finally made it to their place.

we set off to explore their little neighborhood (a friend who lives in NYC tried to tell me NY is just a bunch of small towns.  i did NOT believe her.  dover…dover, nh is a small town.  it is a delightful and small town.  there is nothing small about NYC.  but i digress.)  jess is one of those people who pays attention, and i love that.  she remembered a certain fence that had hearts in it, so of course we made that one of our stops. 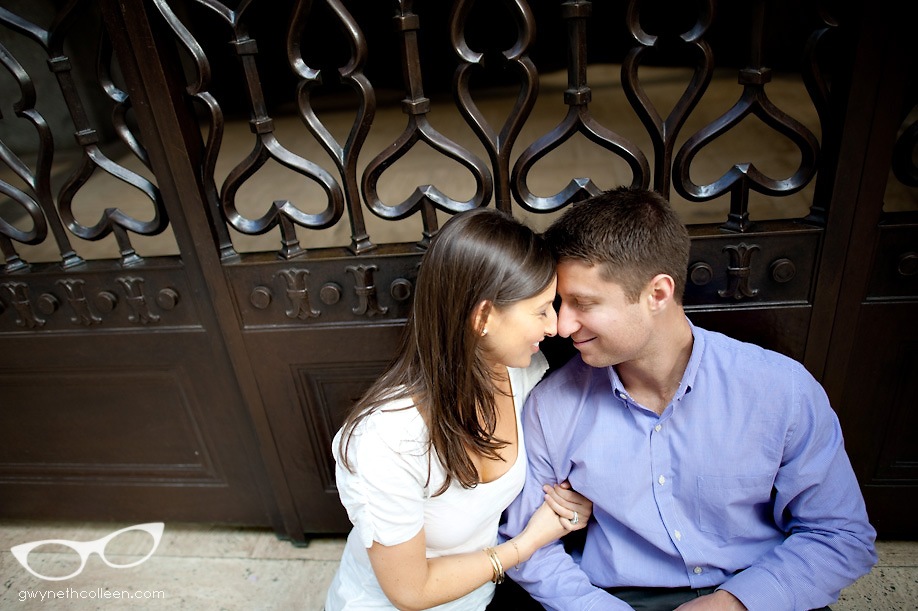 we also checked out madison square park, which is just RIDICULOUSLY beautiful this time of year. (also, the line at the shake shack was pretty ridiculous.) 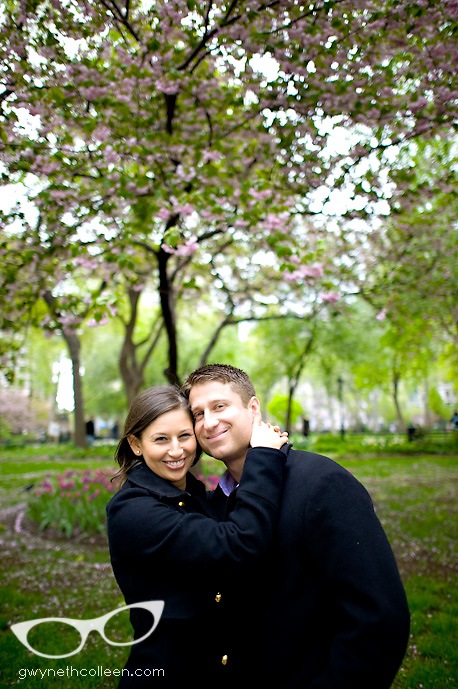 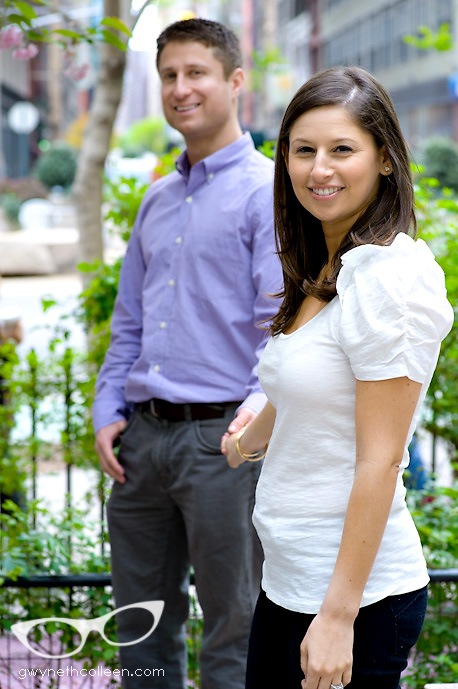 aren’t they smokin?! i basically want all of jess’s clothes. she works in the fashion industry, and the coat she changed into for the 2nd part of our session…well, i won’t tell you how many hours i’ve spent googling, hoping i can find a rift in the space-time continuum and buy it before it’s sold out.

matt made me PROMISE i would tell you guys that it was HIS idea that they stand in the middle of the road and get the view behind them. i would have given him his props anyway, but let me tell you something else…we grabbed dinner in the middle of our session, and i had an ordering FAIL, and was kind of pushing my food around on my plate, and that SAINT OF A MAN volunteered to give me his tasty food and eat what i didn’t want. for picky-eater-gwyn, that is like…i don’t even have words. he’s in my good book for FOREVER. also…duly noted, i don’t like pesto.

jess & matt, i had a great time hanging out with you…thanks for trespassing on the park lawn for me and my harebrained schemes…i can’t wait for your wedding in just a couple months!

OK, how AWESOME of a couple are they? I’m still stuck on the fact the guy gave you his dinner! WOWZERS

And as someone who walked for 35 minutes on Friday to arrive at an address we thought was 545 Broadway, only to find it was 545 WEST BROADWAY…I.SO.FEEL.YOUR.PAIN.